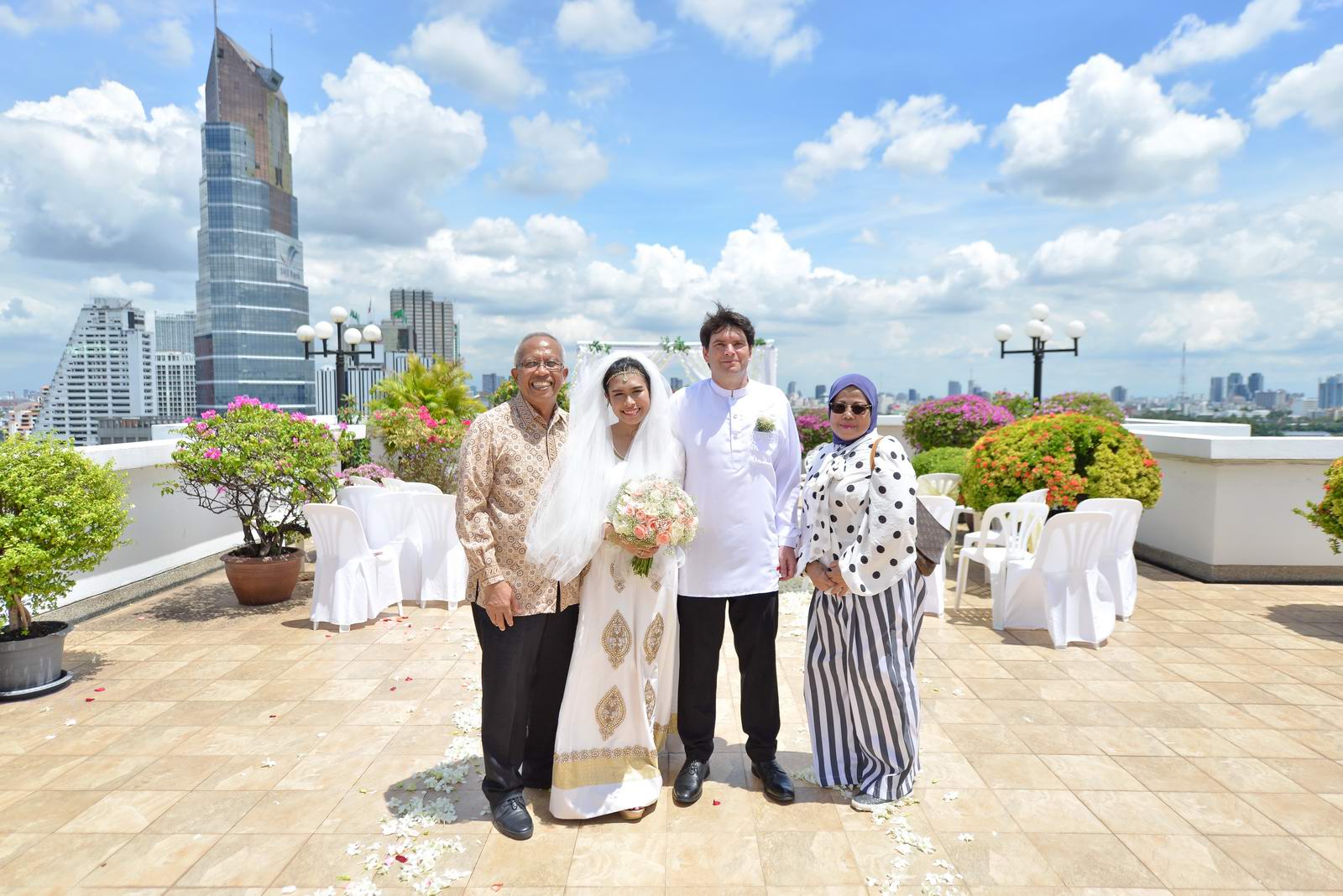 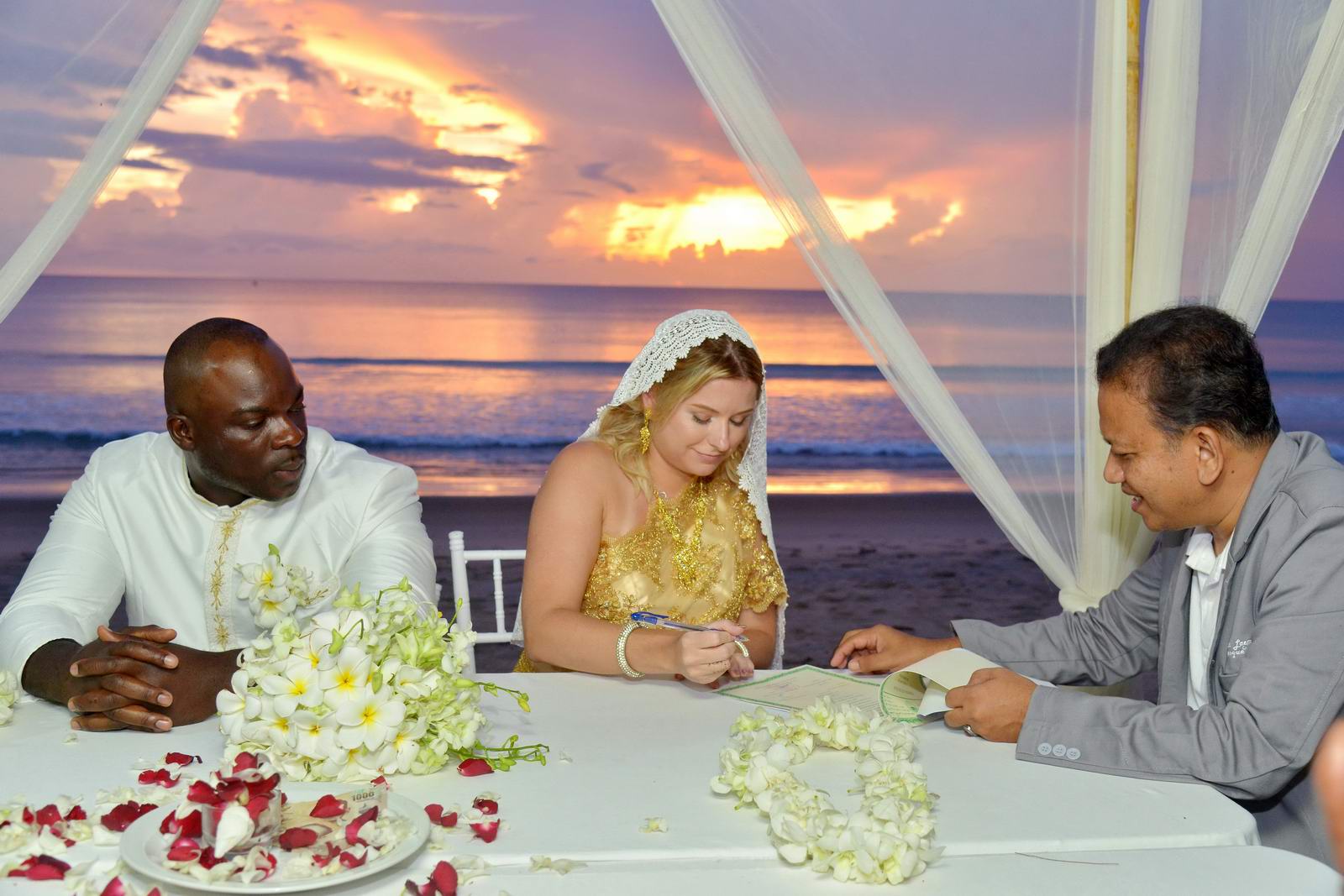 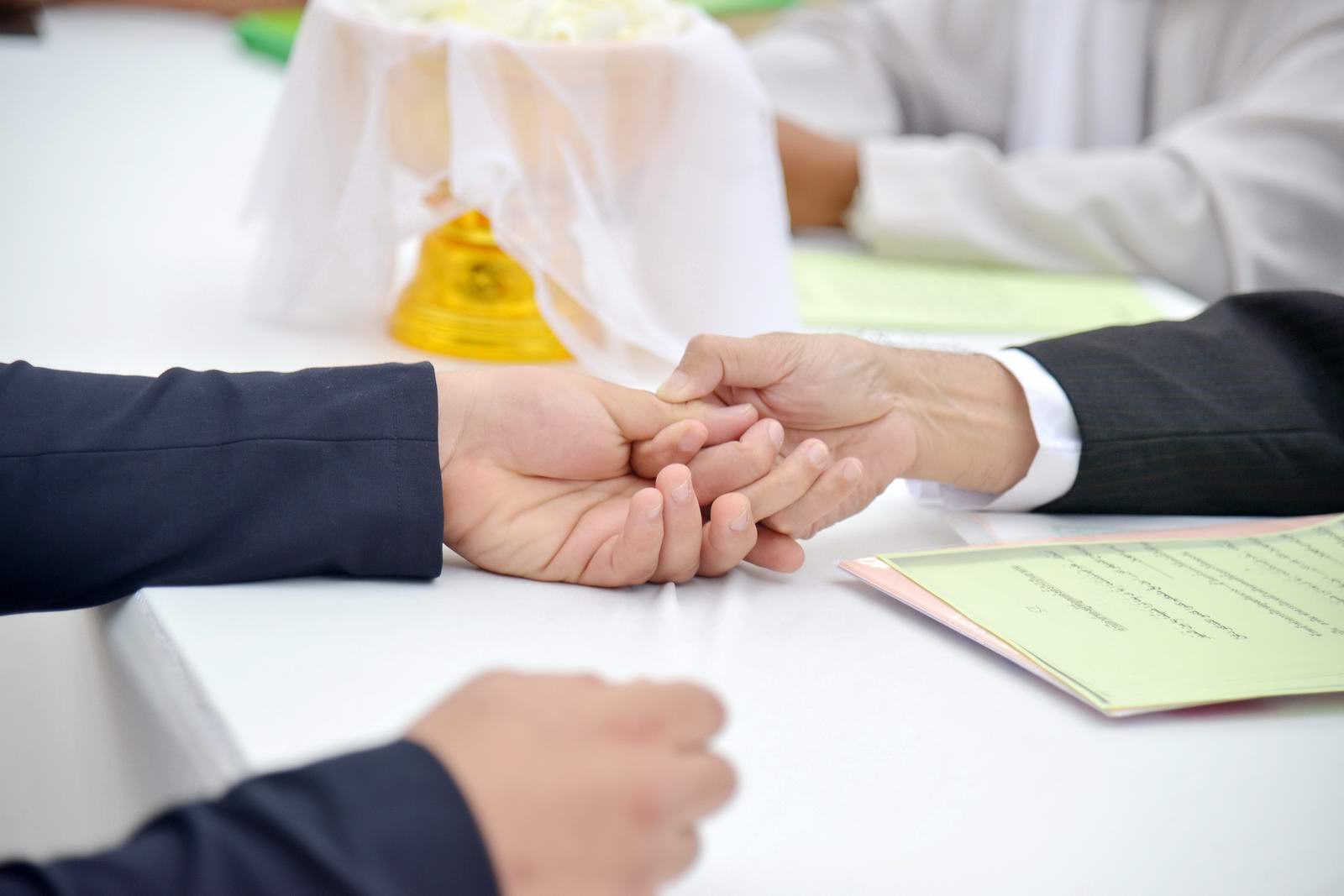 In order to get married in the Islamic Wedding Tradition, both the Man and the Woman must be of the Islamic faith, should one not be a Muslim he or she must be ordained into the faith by an Imam in the local Mosque by stating you believe in the in one God ad one God only thorough the teachings of his Profit Mohammad.

Both parties being of Muslim faith, the Woman must obtain a paper signed by her Father, or should the Father is deceased, her eldest brother or last remaining member of the family simply stating they agree with her decision for her to marry. This should be presented to the Imam at the local Mosque in order to process the legal papers to be present at the wedding.

An Islamic Wedding is generally held by the Imam and other parties present from the local Mosque. Its generally only takes about 20 minutes where the Imam ask questions of the groom regarding his love for the bride to be, he then will ask for the dowry and it is then written down on paper signed and witnessed  by the others present. The dowry must be agreed on firstly by the Father and Mother of the bride, but should their be no family present, the bride is sufficient and can make the agreement and decide by herself in front of the Imam.

Once all is agreed upon the religious right and verses from the “Holy Koran” are read to the groom and he has to repeat to the Imam his vows that the Imam will read to him asking him his love for the bride and repeating after him while holding his and reading from the Koran. He then ask the woman if she is in agreement and the marriage and words are exchanged and the wedding papers are signed and wedding is over. The papers are then typed up for official legal documentation and registration of the marriage.

Although Islamic Weddings are pretty much the same in all Islamic Countries around the World, but many countries follow the ceremonies with various forms of traditional celebrations, such as dance and cultural twist such as food, some involving days of celebration, Muslim weddings in Thailand can be a simple performing of religious rights, followed by a non-religious ceremony on the beach, near the waterfall or place of choice.